James Crane worked on the 101st floor of Tower 1 of the World Trade Center.  He is blind so he has a golden retriever named Daisy.  After the plane hit 20 stories below, James knew that he was doomed, so he let Daisy go, out of an act of love.  She darted away into the darkened hallway.

Choking on the fumes of the jet fuel and the smoke James was just waiting to die. About 30 minutes later, Daisy comes back along with James’ boss, who Daisy just happened to pick up on floor 112.

On her first run of the building, she leads James, James’ boss, and about 300 more people out of the doomed building.  But she wasn’t through yet, she knew there were others who were trapped.  So, highly against James’ wishes she ran back in the building.

On her second run, she saved 392 lives.  Again she went back in.  During this run, the building collapses.  James hears about this and falls on his knees into tears.  Against all known odds, Daisy makes it out alive, but this time she is carried by a firefighter.  “She led us right to the people, before she got injured” the fireman explained.

Her final run saved another 273 lives.  She suffered acute smoke inhalation, severe burns on all four paws, and a broken leg, but she saved 967 lives.  Daisy is the first civilian Canine to win the Medal of Honor of New York City. 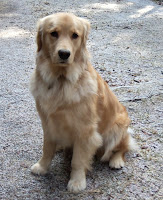 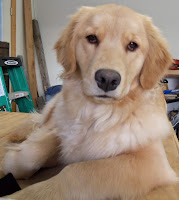 I’m finally starting Facebook albums by litters – Moet’s 2011 litter is the first!  These are the most recent photos of Bailey.